TAED is widely used in detergent industry as an excellent bleaching activator to provide effective bleaching activation at lower temperature and lower PH value. It can greatly boost the performance of peroxide bleaching to achieve more rapid bleaching and improve the whiteness. Besides, TAED has low toxicity and is a non-sensitizing product, which biodegrades to form carbon dioxide, water, ammonia and nitrate. On account of its unique advantages, it is popularly used in the bleaching system of detergent, textile and paper making industries etc. 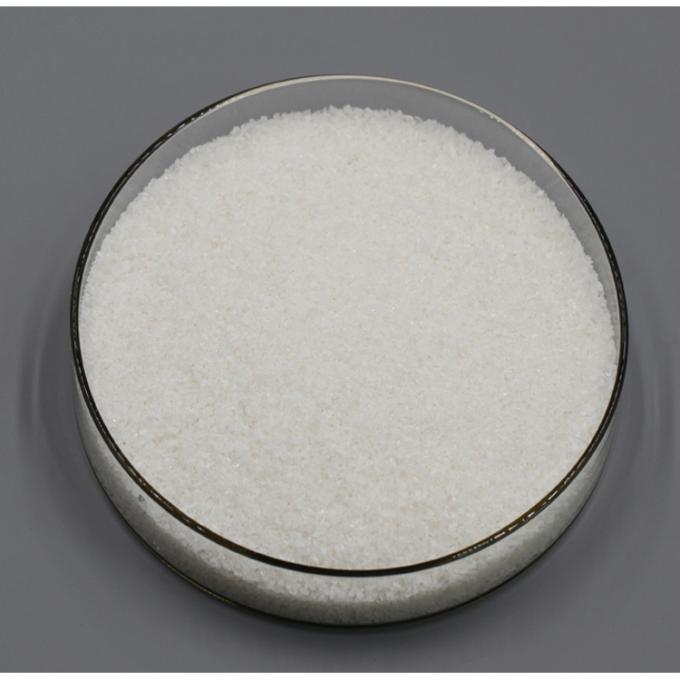 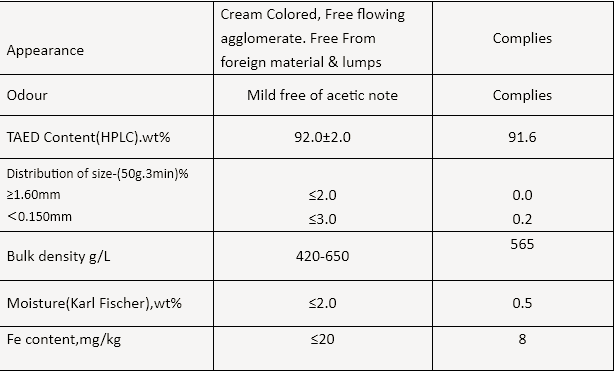 Bleaching agent is an important ingredient in detergent system with its properties of whitening, brightening, cleaning and sterilizing effect. In various detergent products, there are mainly 2 types of bleaching agent:

- Suitable to all the fiber and colorful fiber;

When sodium perborate is used in detergent system, it’s bleaching effect can only be mostly released when the water temperature reaches 60℃, while this high temperature is not only energy consuming but also can harm some fabrics. To solve this problem, there are 2 solutions:

2), We normally list 1 year as the shelf life in our COA, the real shelf life can be a little bit longer than 1 years if it’s stocked in good condition (bags are sealed enough, away from direct sun-light, moisture and other incompatible chemical materials). But it’s still suggested to avoid long-time storage.